A game about a kid named LESS, who can shapeshift for a little amount of time to collect all the other atoms around to be able to survive and help his family.

ARROW KEYS to navigate
SHIFT or Z to shapeshift (Prefer to use "Z" on WebGL, "Shift" on WebGL has a bug)
SPACEBAR for next dialogue

All artwork and animations and the level created within the 72 hours. Used photoshop for the entire artwork, used single brush (Kyle T. Webster's Claude brush) Animations are made with Animator and Mechanim in Unity5.

For mechanics, Corgi Engine for Unity5 is edited to implement the 2D platform mechanics.Used a lot of google search, unity forums and stackflow to change and implement the code.

Music is "Jellyfish in Space" by Kevin MacLeod (incompetech.com) Licensed under CC 3.0.

I hope you enjoy!~

All platforms are listed below.

Fixed movement of Less, now a lot faster.
Fixed all being stuck at any dialogues.
Fixed atoms not being saved when you dispersed.

Added one more safe spot (checkpoint).
Added a moving platform next to Grandpa, which suits the narrative better.
Added mobile controls for Android version.
Added a second input, "Z" key, for shapeshifting.(Apparently "SHIFT" key on WebGL has a bug)

Fixed shapeshifting animation can cause a loop or stuck in the death animation.
Fixed dialogs to be auto-triggered which causes shapeshifting stuck sometimes.
Fixed particle problem on WebGL. 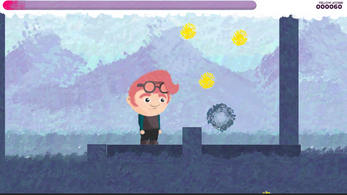 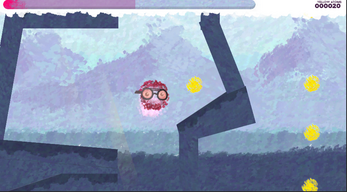